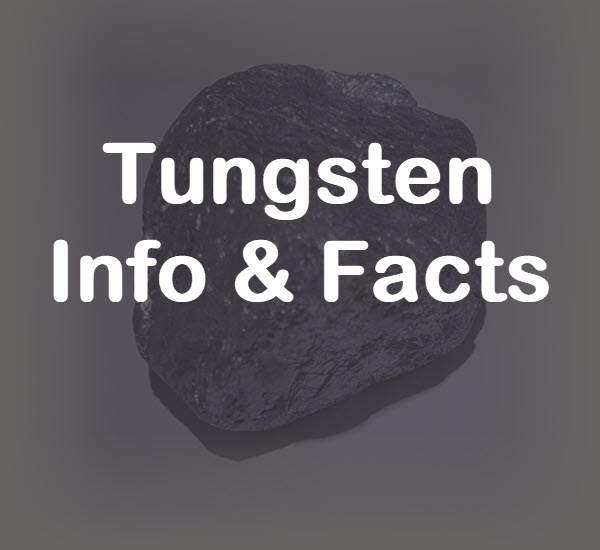 Tungsten is a rare natural metal found in minerals such as wolframite.

Pure tungsten is grey to silver in color and has a lustrous appearance.

Tungsten is located on the periodic table under the symbol “W” with the atomic number of 74 (atomic numbers are based on number of protons an element contains).

Tungsten is extremely strong, dense, and hard to melt, making it perfect for use in industrial applications and everyday products.

History and interesting facts about tungsten

Tungsten is a versatile metal with a rich 240 year history.

The following sections cover the history of tungsten and provide facts such as tungsten’s melting point, strength, and other interesting tidbits.

In 1781 Carl Wilhelm Scheele, a German Swedish chemist discovered a new kind of acid named tungstic acid could be obtained from scheelite (this was the name for tungsten back then).

Two Spanish chemists Juan José Elhuyar and Fausto Elhuyar (brothers) came along a couple years later and were the first to isolate tungsten in 1783.

The Elhuyar brothers utilized an acid made from wolframite that was nearly identical to tungstic acid.

They isolated tungsten by reducing this acid with charcoal and originally called the element “wolfram” or “volfram”.

The name tungsten came from the Swedish word tung sten which means “heavy stone” and is commonly used in English and French languages.

European languages often refer to tungsten as “wolfram” or “volfram”, just like the Spanish chemist brothers that originally isolated tungsten back in the 1700’s.

Where did the name wolfram come from?

Wolfram comes from the German language and means “wolf’s soot” or “wolf’s froth”.

The origin of the name wolfram is not well known.

Some believe the name wolfram came from the large amounts of tin consumed by the mineral during its extraction, as the process would “devour tin like wolves devour a sheep”.

Carbon wins first place, but tungsten comes in second for the highest melting point of all elements on earth.

Tensile strength is the maximum load or pressure a material can withstand without breaking.

This is often referred to as pounds per square inch or psi.

It’s strength is reduced as heat is applied.

Tungsten is not ductile at room temperature, meaning it is nearly impossible to to stretch, spread, or bend it in without breaking.

The poor ductility of tungsten makes it a challenge to work with unless it is heavily alloyed with other metals.

This becomes apparent when comparing density to other metals.

Using the chart above, gold is slightly more dense than tungsten, but iron and silver are nearly half as dense.

The density of water is 1 gram/cm3, so tungsten is about 19 times more dense than water.

The only elements more dense than tungsten are: plutonium, neptunium, rhenium, platinum, iridium, and osmium.

There are multiple processes used to test how hard a material is including the Mohs, Rockwell, Brinell, Vickers, and Knoop hardness tests.

The following table shows where tungsten compares on each hardness test:

To provide a comparison, the hardness of tungsten is rated at 9 on the Mohs scale whereas the notoriously hard diamond is rated at 10.

Questions and answers about tungsten

It is impossible to cover every aspect of this metal as tungsten is a diverse metal that has nearly unlimited uses.

The below Q&A covers the most commonly asked questions about tungsten.

How is tungsten used and what type of products are made from tungsten?

The use of tungsten is very diverse and is incorporated in everything from military equipment and munitions to jewelry and golf balls.

While most products are made from tungsten alloys, there are specific applications and use cases for products to be made from pure tungsten as well.

Products made from pure tungsten

Pure tungsten is found in everything from smelting furnace heating elements, to metalworking plants and rocket engine nozzles.

A common use for pure tungsten is in the fabrication of filament wiring such as:

Since pure tungsten is brittle, it is commonly mixed with other materials to create tungsten alloys.

Products made from tungsten alloys

Metal alloys are man-made materials in which metals are combined with other metals, non-metals, or both.

You will find tungsten alloys in metal bearings, cutting tools, and surgical instruments.

Even common everyday products like lead-free fishing weights, shotgun pellets, weighted throwing darts, and jewelry are made from tungsten alloys.

Products made from tungsten you can buy

The following are interesting tungsten related items you can buy:

Some of the most common industries benefiting from the use of tungsten are:

These are just a few, but tungsten can really be used in any industry that requires an extremely hard metal, especially since it can be alloyed with other metals for specific requirements.

What is tungsten carbide?

Tungsten carbide is an incredibly hard material made from equal parts of carbon atoms and tungsten.

Due to its hardness, tungsten carbide surfaces will rarely suffer from scratches or abrasions.

The hardness, availability of textures, and shapeable form makes tungsten carbide highly desirable for the fabrication of items such as golf clubs and drill bits.

How do you cut tungsten? Is breaking better?

Due to its strength, tungsten can only be cut using specific tools and methods.

The most common ways to cut tungsten include using an angle grinder or a dremel with a diamond tipped wheel.

Use a heavy vice grip to secure the piece of tungsten as any vibration will affect the quality of the cut and cause your diamond cutting wheel excessive wear.

It is also suggested to cut tungsten at a slow to medium speed as higher speeds will also wear out and cause chipping in your cutting wheel.

They break tungsten rods with special machinery that causes the tungsten to fracture, and then use a belt sander to smooth out and remove rough edges from the end points.

Welders use similar methods listed above to cut their tungsten electrodes.

They also use tungsten electrode sharpener rotary tools that are specifically designed to cut and sharpen tungsten with ease.

Pure Tungsten is paramagnetic, meaning it has a weak attraction to magnetic fields.

If you were to wave a magnet in front of a piece of tungsten, the tungsten would not react to the magnet in any way because tungsten is a non-ferrous metal.

While pure tungsten is not magnetic, tungsten alloys can be magnetic depending on the other metals mixed into the metal alloy.

Tungsten is a good conductor of electricity when compared to other metals like iron.

While metals like copper are more electrically conductive, tungsten is preferred for specific applications because it does not erode or evaporate under pressure or heat like other metals.

Tungsten carbide also conducts electricity when compared to metals such as steel and is frequently used in electrical components.

However, there is no need to worry if you own a tungsten carbide wedding ring because they become ceramic as they are formed and lose their electrically conductive metallic properties.

This means tungsten carbide wedding rings do not conduct electricity very well and are generally considered safe when compared to traditional gold and silver rings.

The ability for a material to transfer heat is measured by a property called thermal conductivity and is measured in watts per meter-Kelvin (W/m-K).

Tungsten is a good conductor of heat with a thermal conductivity rating of 170 W/(mK).

Let’s take a look at the thermal conductivity of common metals.

As demonstrated in the table above, tungsten thermal conductivity is in the mid-tier range when compared to other common metals.

What is the price of tungsten?

The price of Tungsten fluctuates from year to year, depending on a number of variables including the geographical location of the buyer.

For example, in 2020 the price of tungsten trioxide averaged around $270 per metric ton in the United States.

Tungsten’s price is not tracked on exchanges.

Companies that use tungsten in their products utilize independent sources such as the metal bulletin to confirm the latest price of tungsten.

Tungsten’s strength, density, melting point, and other attributes give it key advantages over other metals.

This is why tungsten has a diverse range of uses from industrial applications to common everyday products.

Seeing how much of a role tungsten plays in our lives, one can only wonder if there are other metals waiting to be discovered and how they will contribute to improving our everyday life. 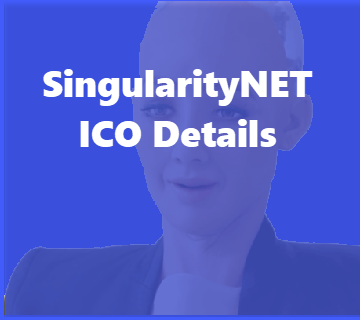 I have been following SingularityNET.io since it was first announced and am really excited about this project! The same guys behind the Sophia AI Robot are about to launch an Initial Coin Offering (ICO) to fund their our new blockchain-based artificial intelligence network called SingularityNET. Other AI companies like Nvidia and Google create their own… 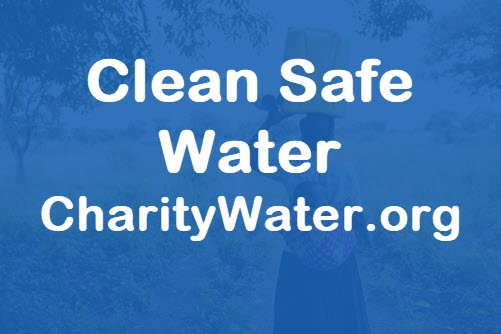 CharityWater.org is a non-profit who has a single mission; provide clean, quality, and safe drinking water to developing countries. 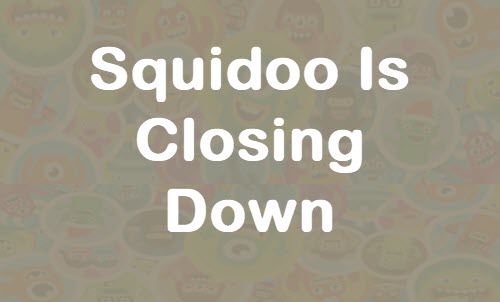 Squidoo was a community led social platform that allowed users (aka squids) to create pages (aka lenses) for subjects of interest to them. These pages were essentially mini-blogs, where each lens could be dedicated to a particular topic. Squids were allowed to add products and advertising to their lenses, and they had the option to “cash out” or donate their profits to charity. 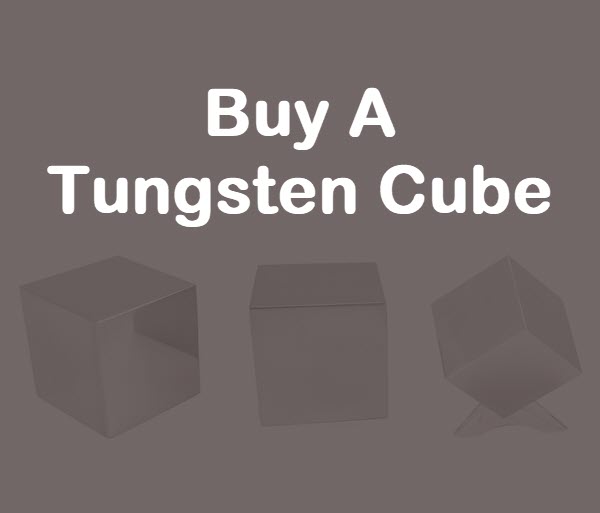 Tungsten cubes are heavy, strong, and amazing to look at. Find out how much tungsten cubes cost and where to buy them (cheap option included). 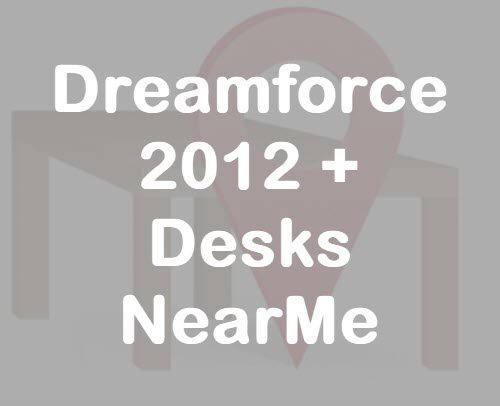 If you are attending Dreamforce 2012, you may be wondering if you will be able to find a quick and easy work space for email and meetings. 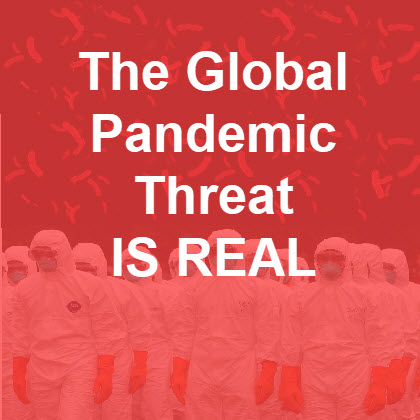 The threat of a global pandemic IS REAL. This article predicted COVID-19 years in advance. Read to see what the future may hold.